Château Lagarosse is located in Tabanac, a half-hour drive from Bordeaux, at the heart of the region where the Romans first planted vines 2,000 years ago. The town is named after Tavanus, the Roman landowner of that age. Numerous neolithic and Gallo-Roman vestiges attest to the antiquity of the site. In the 11th century, Tabanac became the rallying place of an important lordship. In the middle ages it had many fiefs under the provost of the Entre-Deux-Mers. It was graced with a significant number of aristocratic houses in the 17th and 18th centuries. Today, Tabanac is a picturesque, traditional French town, with only six remaining old châteaux. One of these is Lagarosse.

Château Lagarosse occupies prime winegrowing land, with 25 hectares of vineyards covering the region’s sunniest slopes. The naturally drained, stony terrain features an interesting variety of soils, ranging from limestone-clay at the highest elevations to clay-gravel along the hills. The vines have an average age of about 30 years. Natural conditions, influenced by the adjacent Garonne River, give Château Lagarosse’s powerful wines a balanced palate that is rich in touch. 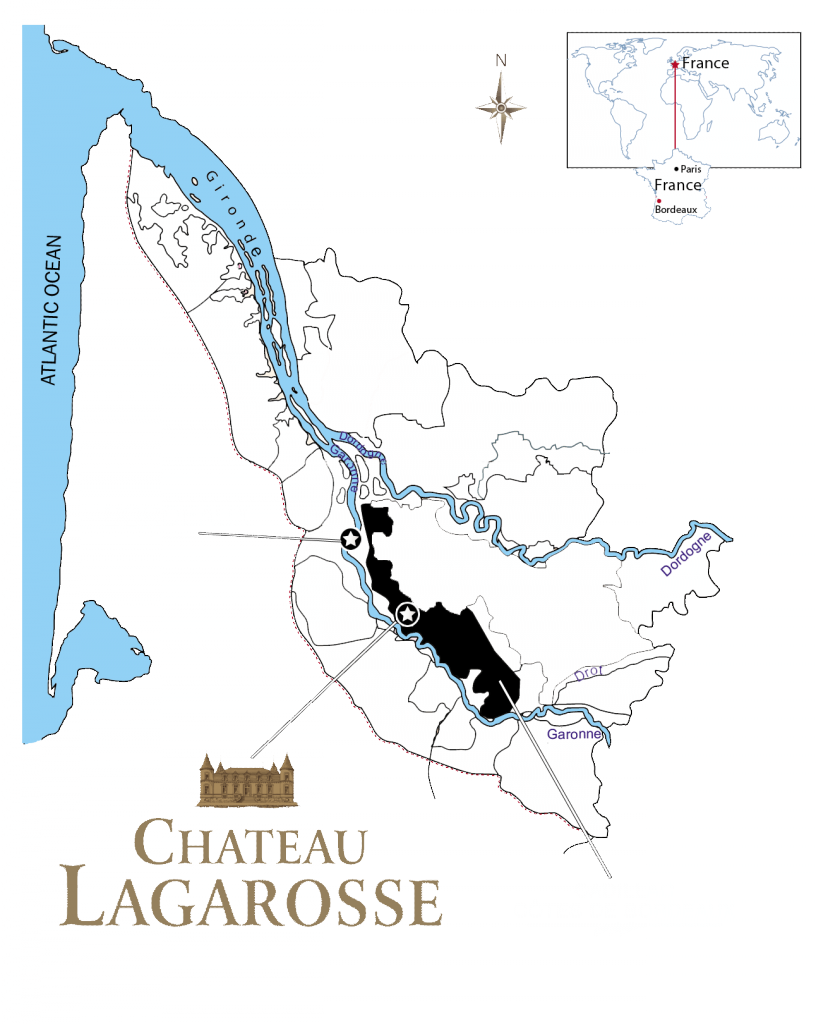